What is Sickle Cell?

Sickle Cell Disease (SCD) is a group of life-threatening, inherited disorders that affect the normal functioning of the red blood cells.

The four common syndromes in the group are:

Common symptoms of Sickle Cell Disease include severe abdominal and bone pain, joint swelling pain, splenic sequestration, aplastic anaemia, vassocclusive crisis, organ damage and infection.  Individuals affected with Sickle Cell Disease may also experience serious respiratory infections.  Although Sickle Cell Disease is not curable at the moment, it can be managed by patients, their families and healthcare professionals with proper education and training. 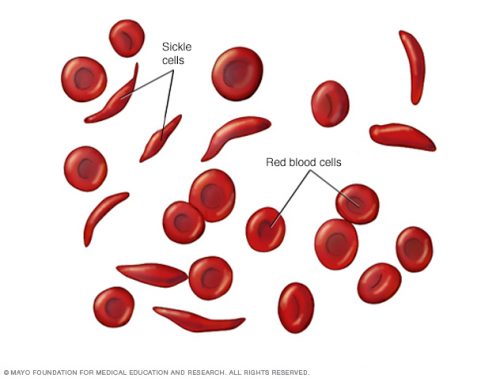 How is Sickle Cell Inherited?

Sickle Cell disorders are inherited from parents to children through the haemoglobin of the red blood cells.  Like most genes, haemoglobin genes are inherited in two sets, one from each parent.  When a copy of the gene is inherited from only one parent, the child is said to have the Sickle Cell Trait.  To have Sickle Disease the child must inherit two copies of the gene, 1 from each parent.

The above diagram illustrates the inheritance pattern of the haemoglobin gene.  The examples shown from left to right gives four scenarios for Sickle Cell inheritance based on the genetics of the parents.

From left to right: