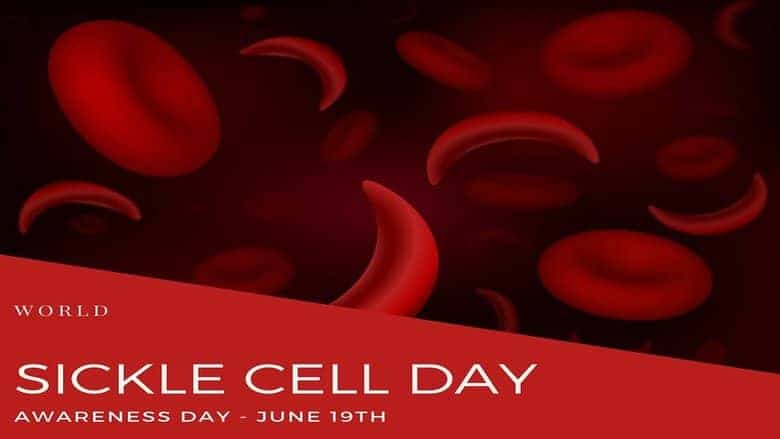 World Sickle Cell Day, June 19, was established by the  United Nations in 2008 and was first officially recognized in 2009.  People with sickle cell  disease (SCD), also referred to [...]

World Sickle Cell Day, June 19, was established by the  United Nations in 2008 and was first officially recognized in 2009.  People with sickle cell  disease (SCD), also referred to as sickle cell anemia, have to navigate their lives through unimaginable physical and mental anguish. The chronic nature of this disease, the opportunistic illnesses that can develop as a result of SCD and the all too often routine visits to emergency rooms because of sickle cell pain impact the lives of  millions of people worldwide, according to the World Health Organization.

SCD is reportedly one of the first genetically recognized diseases and it is a severe  illness that impacts red blood cells and is often fatal. Healthy red blood cells which are the main carriers of oxygen are smooth, flexible, biconcave discs that
transport oxygen throughout our body. For people with SCD, red blood cells become deformed taking on a halfmoon shape. These abnormal blood cells are then unable to circulate oxygen properly.  This can result in severe, life-threatening damage to the heart, lungs, kidneys, spleen, and to the brain with some sicklers as young as two years old suffering ‘silent strokes.  No part of the body is immune from the effects of SCD.

Although many racialized communities are impacted by this disease, it disproportionately affects African, Black, Caribbean and South Asian communities.  However, it should be noted that sickle cell can impact a person of any race.  Recently, at my Toronto-St.Paul’s community office, I met with Ulysse Guerrier and  Alvin Merchant, both directors of the non-profit charitable organization, Sickle Cell Association of Ontario (SCAO).  They both live with sickle cell anemia and wanted to ensure that this public health priority was “on my radar.”

As Guerrier and Merchant pointed out, since their childhood they’ve had to live “one often painful day after another,” witnessing too many funerals of sicklers, including family members, undergoing too many hospitalizations and too many hospital horror stories where, because of inconsistent health care, they never  know if a visit to a local emergency room might be their last.  They explained that physicians receive approximately eight hours of sickle cell training at medical school.  According to many sicklers and sickle cell advocates, SCD is one of the most misunderstood, misdiagnosed, mistreated, under-researched and under-funded diseases.  Because sicklers may sometimes walk into emergency rooms looking ‘good’ on the outside, health care providers often are now aware of the pain their bodies are waging against them.

Some sicklers have had to deal with health care providers who do not believe the severity of their pain or others who, based on racist stereotypes of particularly
Black sicklers, think they are addicts simply looking for a ‘quick fix’ and not genuinely in need of medication to temper pain crises.  June 19 is World Sickle Cell Day and many organizations like SCAO are tirelessly advocating greater awareness, education, research funding for a cure and health care supports.  SCAO is advocating for an emergency room Universal Hospital Protocol to ensure that sicklers entering every emergency room can receive consistent life-saving service, regardless of what hospital they are at. Increased education awareness will also help tackle the social stigma associated with SCD.  For example, people with SCD
are not absent from school or work frequently because they are unambitious. They are away because they are in crisis. SCAO has also spoken out on the economic impact of SCD for sicklers where because sickle cell isn’t currently identified as a disability, most ODSP applicants with SCD are usually denied assistance.

Furthermore, legislative changes like Premier Doug Ford’s April 2019 decision to scrap OHIP’s Out-of-Country program will hurt people who have pre-existing health conditions for which they are denied private health insurance coverage. This could apply to people who have SCD which is often considered a pre-existing condition.  The regulatory change comes into effect on October 1, 2019.  Organizations like the SCAO and the Sickle Cell Awareness Group of Ontario (SCAGO) are at the forefront of the fight to inform our communities about health concerns and relevant legislative policies in Ontario. We cannot leave them standing
alone.

For more information on both organizations, including events scheduled for World Sickle Cell Day on June 19, visit https://sicklecellontario.ca/ and http://www.
sicklecellanemia.ca/.

(Dr. Jill Andrew is the MPP for Toronto-St.Paul’s and the ON NDP culture critic.  She is also a member of the NDP’s Ontario Black Caucus.  She can be reached at www.JillAndrewMPP.ca) 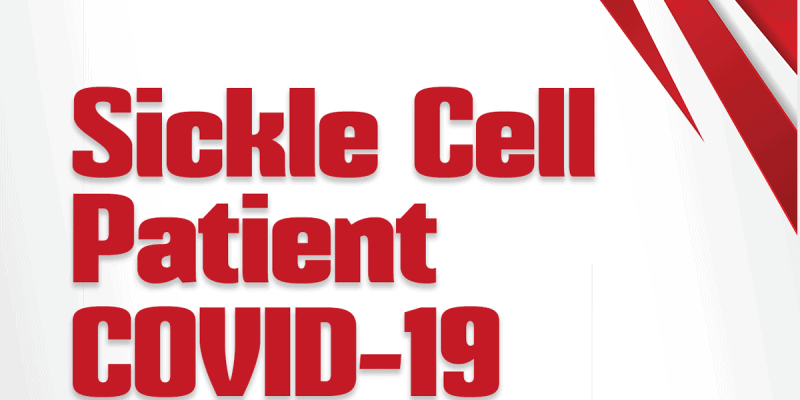 Sickle Cell Association of Ontario @SickleCellON
4 months ago
A WIN for all involved! CONGRATULATIONS and all the best on this new appointment @MVerhovsek twitter.com/STJOESHAMILTON…

Sickle Cell Association of Ontario @SickleCellON
9 months ago
Happy Holidays & a heartfelt thank you to everyone who has supported the SCAO throughout what has been a remarkable… twitter.com/i/web/status/1…
ARCHIVES